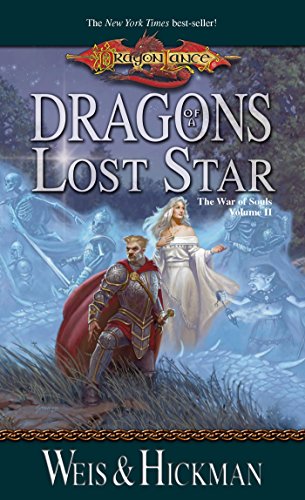 A young woman, protected by her regiment of dark-armored knights, calls upon the might of an unknown god to bring victory to her army as it sweeps across the land. The souls of the dead rob the living of their magic.


A dragon overlord threatens the very land the elves hold most dear. Amidst the chaos, a band of brave and selfless heroes struggles against an immortal power that appears to thwart them at every turn. The encroaching darkness threatens to engulf all hope, all faith, all light. Margaret Weis born in Independence, Missouri is an American fantasy novelist who, along with Tracy Hickman, is one of the original creators of the Dragonlance game world and has written numerous novels and short stories set in fantastic worlds. It was so cool. That part with Mirror, Skie and Mina is by far my favorite part of the book.

Too bad it was also by far the shortest. I probably would have thought the same about the revelation of the One God if I hadn't got it spoiled.

Overall, though, just as with the first book, only crumbs were given to a ravenous beggar, namely me. With the first book, I could accept that, with the second, I did expect more, and spent my time reading it waiting for something that never came. I do feel that the answers to mysteries haven't been portioned out very well in the series so far.

At the end, when Laurana and Medan prepared for battle in the Tower of the Sun, I wasn't interested in that battle, I want to know about the deal with Tas's time travel. I will of course wait for the third book to pass final judgement about this issue, but as it is now I feel like War of Souls has been two thirds set-up, maybe with even more set-up in the book to come.

Overall, for a trilogy, that is not good. I have some comments about Mina. In the first book she was modeled after Jeanne D'Arc, and she had a cynicism to her that I didn't like. In the second book she is modeled after Jesus Christ. At the end we finally got a look inside her mind, her motivations for following the One God and for doing all the things she did. The ending proved to me what I had thought about her: She is a very dangerous religious fanatic.

In Silvanost, she healed elves and won admiration. She spoke her point through allegories.

She died and was resurrected. Obviously based on Christ. But Mina had no qualms about killing at random, about genocide, about sufferings of the living and the dead. Still, she wasn't using the One God to her own sinister ends, she firmly believed that what she was doing was right, and all she did was for her god.

That made her all the more dangerous. The characters were well drawn, but of course not as easy to love as the good old ones. Gerard is growing on me, though. Conundrum had some amusing moments, and I enjoyed the satire around modern real-life society's obsession with money and legalities. That is a new satirical twist applied to gnomes that worked, I would like to see that given some more depth in other Dragonlance novels. The plot has some nice political intrigue I wish there could be more of that in Dragonlance although it is best at the very beginning. The relationship between Medan and Laurana is very interesting, but I lost interest as my impatience grew.

The conflict patterns are more black and white later in the book, making Dragons of a Lost Star slightly less complex and thus a little less satisfying in its plot than its predecessor. I also like it that the geopolitical patterns across the whole of Ansalon is taken care of, and this book actually make very good use of the great dragons as rulers.

I would have liked to see more on Malystryx's place in the whole thing, though. The writers are bold, and they managed to kill off a great dragon, but showed that it has a huge price. Characters, even Heroes of the Lance, drop like flies or "like elves" at the end. I like that. And Goldmoon, dying for the third time in her life or something.

I also liked to see a dragonlance for the first time since what feels like forever. Despite the carrot that have dangled in my face for a couple of years now and that even the second book only let nibble, I must admit that I read the book within a period of 24 hours, including sleep.

For me that's awfully fast, although it was more because I was anxious to know what was going on than because I enjoyed the story as it progressed. No doubt the book was very enjoyable, but when the text keeps telling me that it has something more important and more interesting in store it lessens the entertainment value the story of Silvanost, Qualinost and the battle of Solanthus otherwise would have had. As was the case with the first book, the thought after finishing this book is: "I can't wait for the next book.

Get a free audiobook

That's where we'll really see what's going on. In terms of suspense, Dragons of a Lost Star is the best Dragonlance book ever written. The book was so suspenseful that I kept worrying about accidently glancing from the right page to the left, in case I might see what hppens next and thus ruin the surprise. Its predecessor, Dragons of a Fallen Sun, ran a little slow, in my opinion, compared to the other Weis and Hickman books. Fallen Sun had a strong ending though, where it picked up he pace and that carried right on into Lost Star.

Out of all the Weis Hickman boks I read Lost Star the fastest, devouring each page so that I could get to the conclusion. I hadread al of the lost Soul trilogy and it would take me less than a second to declare which one I enjoyed the most.

Lost Star is far superior to the other two books. The majority of the supsense in this book is related to the fate of the Qualisenti elves. For most of the Dragonlance series I have had little affctio for the elves. They never caught my attention as much as the other beings on Krynn. I put the elves at the bottom of my list of interesting beings of Krynn. Lost Star completely turned my list on its head. By the end of the book I wasnt conmcerned about the Wizards, the Kender ok maybe I was still looking out for Tas or the Solamnics.

I didnt care about Mina's quest, or even about the fate of Solanthus, The only thing I could think about by the end of this book was the Qualinesti. The book ends rather well too. It explains the fate of the Qualisenti gasp Thank Paladine!! I would have to say that it was definately not who expeted it to be, and by the end of Lost Star I was glad that it wasnt. I loved the direction Lost Star took the War Of Souls into and the identity of te One God was just the icing on a very delicous and filling cake.

Dragons of a Lost Star (DragonLance, The War of Souls, Volume II)

One of the most rewarding Dragonlance books to read! The views and opinions expressed in the reviews shown here are those of the reviewer s listed and do not necessarily reflect the ideas or opinions of the Dragonlance Nexus. The Dragonlance Nexus does not publish any of the products listed in the Products section. While every effort has been made to ensure that the information presented is accurate, we cannot guarantee the accuracy of any listing.

Dragons of a Fallen Sun

The Nexus is a member of the Associates program of Amazon. Graphics are representational only.

This website is not published, endorsed, or specifically approved by Paizo Publishing. For more information about Paizo's Community Use Policy, please visit paizo. The flames of war devour Ansalon. The army of dead souls marches toward conquest, led by the mystical warrior Mina, who serves the powerful One God. A small band of heroes, driven to desperate measures, leads the fight against overwhelming odds.

Two unlikely protagonists emerge. One is a dragon overlord who will not easily relinquish her rule. The other is an irrepressible kender who has been on a strange and remarkable journey that will end in startling and unforeseen fashion. It contains 11 stories written by well-known Dragonlance authors that elaborate on the characters and locations from the War of Souls trilogy.

The stories link to the ongoing saga through the time frames of the main characters. The latest Dragonlance anthology, featuring an introduction by Margaret Weis. This newest anthology focuses on the lives and ways of dragons in the era following the end of the New York Times best-selling War of Souls trilogy by Margaret Weis and Tracy Hickman. 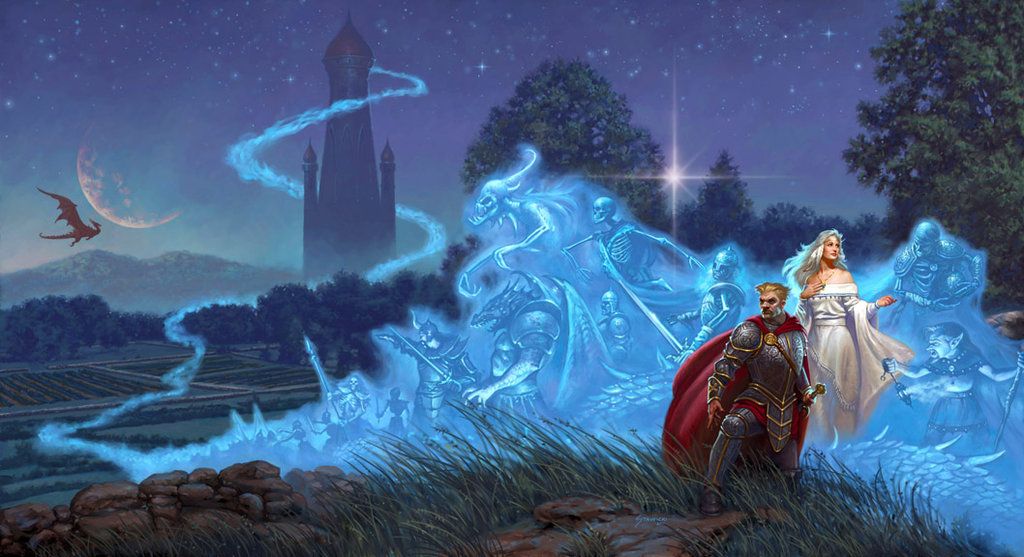 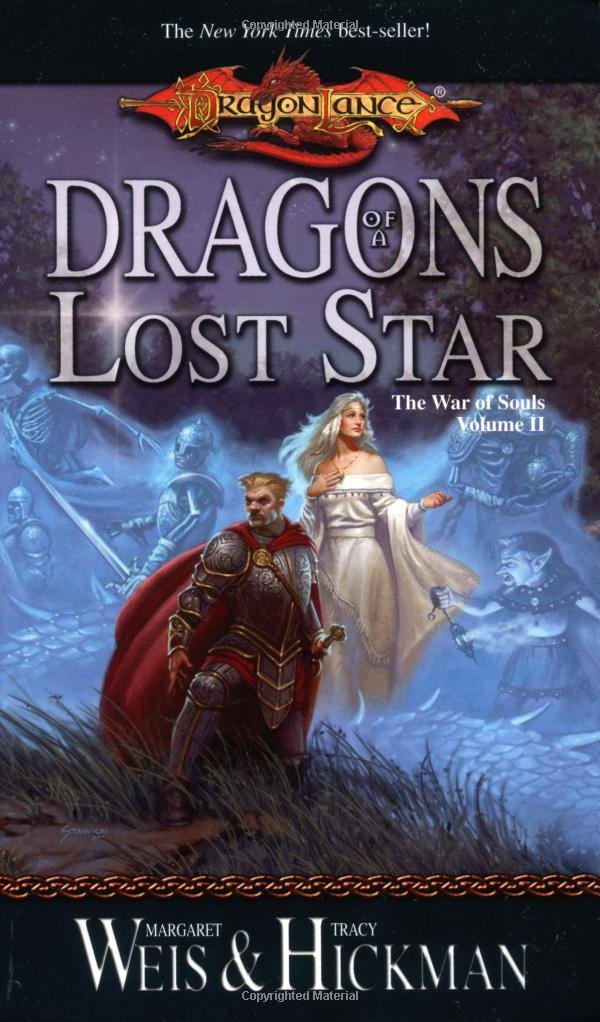 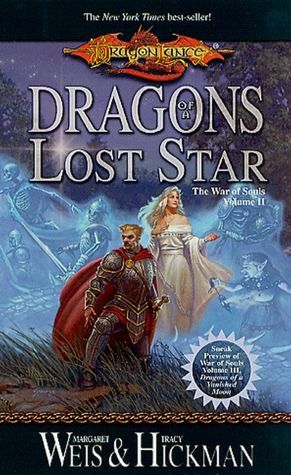 Related Dragons of a Lost Star (Dragonlance: The War of Souls, Book 2)